Chasing Chatsworth: This Week, All About ‘House Style’, the Exciting Book Newly Published by Skira/Rizzoli

It’s the richly illustrated 212-page catalog for ‘House Style’ Five Centuries of Fashion at Chatsworth’ the big summer exhibit that opens this week.

For Duchess of Devonshire fans (and fans of the Mitford and Cavendish families) this witty and very insider book follows the heirs of the dukedom for five centuries. And it’s chic and a bit eccentric, just like the entire family tree.

Over eight chapters, with an introduction by Stoker Devonshire, the current duke, there are also pages of family photos, a close-up of the ‘Mitford Style’, along with ballgowns, Hubert de Givenchy, the duke’s slippers and pajamas, and the extraordinary Palladio-influenced interiors and baroque paintings as background.

The show and book underscore the subversive Cavendish understatement mixed with grandeur.

As this witty new fashion exhibit opens at the great Derbyshire house, I’ll also take you on a detour to my library, dishing with Deborah Devonshire and her remarkable books. Pour a glass of claret and join me.

Laura Burlington, wife of the heir of the Duke of Devonshire, persuaded Hamish Bowles to put this fascinating show and volume together. The great Patrick Kinmonth is the curator and designer of the show, which includes staff livery, centuries of christening gowns, Andrew Grima jewels from the seventies, along with couture gowns and wedding gowns, and a splash of current fashions. 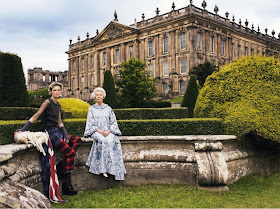 Chatsworth has been home to the Cavendish family and the hereditary dukes of Devonshire since the original Elizabethan house was built on the site purchased by Sir William Cavendish in 1549. It’s renowned for its fashionable history—and its couture and tiaras, magnificent lace and splendid livery, and its unrivaled collection of art, palatial gardens, and celebrated family dynasty,

Gucci is a sponsor of the show. Gucci creative director Alessandro Michele is an obsessed anglophile, and he of course swooned of Chatworth (used as background for recent Gucci ads). 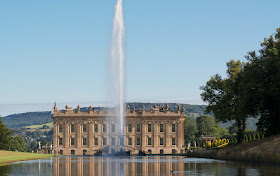 This is Chatsworth’s most ambitious exhibition to date. It explores the history of fashion and adornment at Chatsworth, and brings to life individuals from the Cavendish family, including Bess of Hardwick, one of the most powerful women of the 16 th century. There’s also “Empress of Fashion” Georgiana, Duchess of Devonshire and Adele Astaire, the sister and dance partner of Fred Astaire. Nancy Mitford, model Stella Tennant and John F Kennedy’s sister ‘Kick’ Kennedy are central to the show.

The exhibition runs at Chatsworth from 25 March to 22 October 2017. 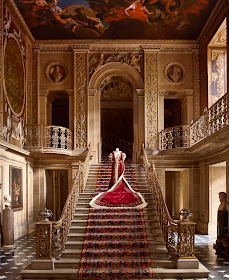 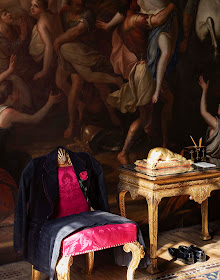 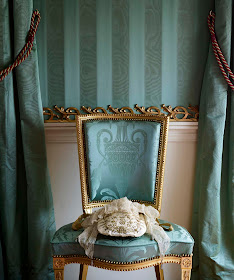 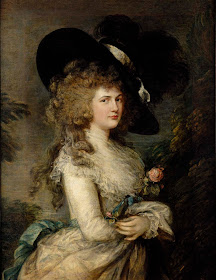 I’ve been a bit obsessed with the art treasures of Chatsworth, as well as the landscape and gardens, its collection of Lucian Freud portraits, the decorating (very classic grand English country house and highly influential).

I’ve long been an admirer of the droll Deborah, Duchess of Devonshire, for many years. Count me among thousands of Debo fans, who include photographer Bruce Weber and Anna Wintour, Lucian Freud, the Queen, Patrick Leigh Fermor, and Nicholas Haslam and many stars and artists and authors too fabulous to mention. Whippet-thin model Stella Tennant, a favorite of Karl Lagerfeld’s, is Debo’s granddaughter. 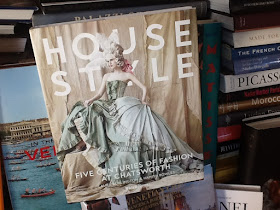 The Divine Debo In My Library
The antics and adventures and books and eccentricities of the Mitford sisters (including Nancy) have been in my focus since ‘Hons and Rebels’ was published some years ago. I have a first edition. It details the Mitford sisters’ childhood and family. Witty.

There have been many books written about and by Deborah Devonshire, including collections of her letters, a biography, and a collaboration with her dear (and dearly departed) author friend Patrick Leigh Fermor.

I’ve been fortunate to collect signed copies, including one signed by both Debo and Paddy.

When I met Debo in London, where she signed my book. I mentioned to her that I also had a copy of ‘The Duchess of Devonshire’s Chatsworth Cookery Book’ even though I don’t cook.

“That makes two of us,” she chortled. ‘I have not cooked for over fifty years.”

The duchess then confided that when her cookery book was in production, one of her longtime housekeepers happened to see the cover. ‘Isn’t that a bit like a blind man teaching someone to drive,” she said to Debo. 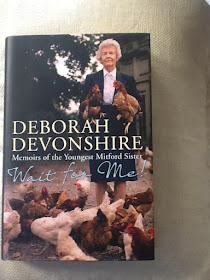 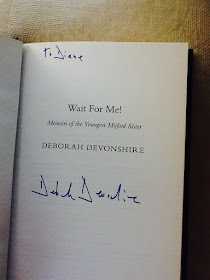 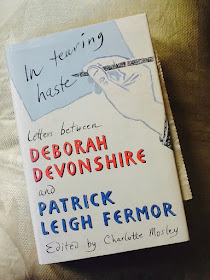 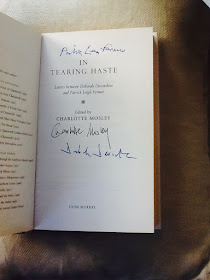 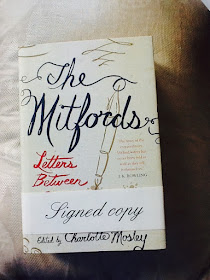 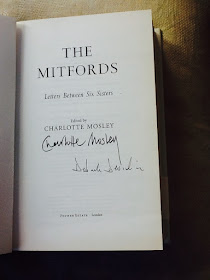 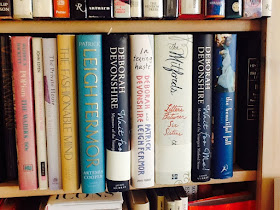 A Gathering of Talent

Foreword by the Duke of Devonshire, Edited by Hamish Bowles, Texts by Kimberly Chrisman-Campbell, Charlotte Mosley, Sarah Mower, Diana Scarisbrick and Sophia Topley. Introduction by the Countess of Burlington.

Where to Buy Books About Chatsworth and the Devonshires

An excellent source for all books about Chatsworth and the Cavendish and Devonshire families is Heywood Hill bookshop in London.

It is owned by the Duke of Devonshire. Brown-paper wrapped books for him, awaiting pickup, are stacked on shelves in the storage cupboard.

When you acquire ‘Home Style’ from Heywood Hill, I propose that you ask if your copy could be signed by Laura Burlington and Hamish Bowles. The book is recently published and no doubt there are booksignings planned. While Burlington and Bowles are caught up in opening celebrations of fashion presentations at Chatsworth, it is logical to imagine that they will stop in at Heywood Hill to sign some copies of heir book. I hope so. Good luck with that.

Heywood Hill, one of my frequent stops when I’m in London, is also the perfect source for books on the English nobility, English history, and quirky biographies.

Noted restaurateur/ hotelier Jeremy King, a partner in The Beaumont, is a bibliophile, and he treats guests at the hotel with libraries and shelves stocked with London/English history/biographical books from Heywood Hill, for their enjoyment during their stay. A fantastic perquisite, thank you, Jeremy.


CREDITS:
Images of books by and about Deborah Devonshire by Diane Dorrans Saeks, March 26, 2017. 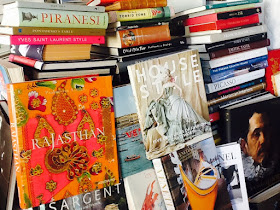