Calistoga Follies
With an artist’s romantic eye for the eccentric, Northern California painter Ira Yeager gathers exuberant collections of furniture, antiques, curiosities, and rare objects in his Calistoga studio, country pavilion and barn. Both inspiration and décor, his collections set the scene of his privateNapa Valley world.

Come with me for a private visit to this prolific painter—and be inspired.


In the wild green hills north of Calistoga, artist Ira Yeager has built a pleasure pavilion for art, music, lavish feasts, and summer frolic. Nearby are his redwood studio and his soaring red barn—and all three are backgrounds for the artist’s gregarious (and prolific) life. 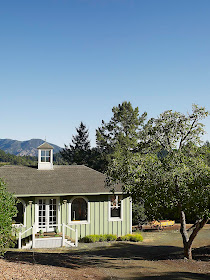 Step into Yeager’s dreamy Gustavian-style country house and it’s like tripping into the 18th-century.

Yeager greets guests wearing a handsome nipped-waist cutaway crimson jacket made in 1776 for a French nobleman. He reposes on a languorous down-filled Provencal chaise longue, dines on elegant French porcelain plates, and displays his French silver teapot on a superb French marquetry desk.

Yeager happily admits that he is obsessed with 18th-century France. So much so that he paints lively gala scenes and portraits inspired by that fabled French century, and he surrounds himself with 18th-century French antique cabinets and gueridons, portraits, and objets (shipped from France by his dear friend, antiques dealer Lillian Williams). 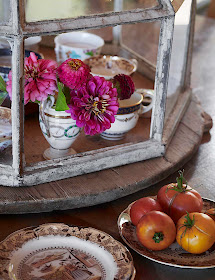 After leaving his San Francisco studio to live and paint in the Wine Country twenty years ago, Yeager came upon a neglected walnut orchard in a remote valley north of Calistoga. He decided to build a Swedish cottage in the Gustavian style.

Yeager’s art today is passionately engaging, but it’s clear that the true métier of this painter is recreating the past. 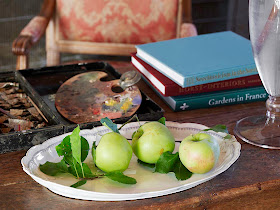 Yeager has been making his mark on the San Francisco art scene since the fifties. He grew up in Bellingham, Washington, and studied art first at CCA and later at the San Francisco Art Institute with teachers such as Richard Diebenkorn, Nathan Oliveira, and Elmer Bischoff. In the sixties and seventies, Yeager studied and painted in Italy, Paris, and Morocco and he lived for a decade on the island of Corfu, off the coast of Greece.


The neoclassical Gustavian style, which flowered in Stockholm in the late 18th-century, was directly inspired by the 18th-century architecture and decor fashionable in France at the time of Louis XVI, a hero of Yeager’s. The French-inspired Gustav III is one of Yeager soul mates.


“I admire and appreciate everything French and 18th-century Swedish,” said Yeager, who studied painting in Paris while in his twenties. “The eighteenth-century was a golden era--the blossoming of design, courtly life, fashion, art, music and culture. I’m curious about what it all means. I paint characters of that period and collect the antiques so that I can understand that century, and come face-to-face with the philosophy and daily life.”

The present is picture-perfect. But for Ira Yeager there is always his brush with the golden and glorious 18th-century.

Every day, Napa Valley artist Ira Yeager wakes with the sparrows and works until dusk in his paint-spattered studio.

“History for me stopped in 1812, and I’m besotted with eighteenth-century Europe and long-ago California,” said Yeager. 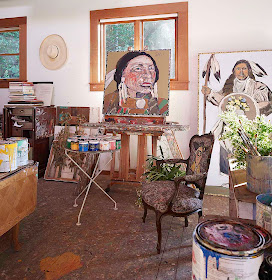 From the rustic Calistoga headquarters, Yeager’s studio manager, Brian Fuller, ships canvases to avid collectors and galleries in Aspen, Carmel Valley, Santa Fe, Houston, New York, Beverly Hills, London and Mumbai. Yeager’s works have been exhibited around the country, and he always seems to have an exhibit at any moment in a California gallery.

“I’ve been fortunate to have a long career,” said Yeager, taking a break to pick ripe heirloom tomatoes in his garden. “I studied in the early sixties and I’ve been painting ever since. When people ask me if I’m still painting, I respond, “What else is better to do?” I research and work on my art every day.”

“I met Paul Bowles in the late sixties in Tangier,” said Yeager. “He was so encouraging for my work. And we always kept in touch.” 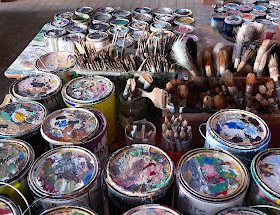 “I first discovered St. Helena and Calistoga around 1975, long before they were chic,” said Yeager. “There were a handful of fine wineries, some great friends, but no social life or restaurants. It was pure discovery. Until the 1830s, the Wappo Indians used to hunt and live in the region where I now live. I often find their obsidian arrowheads.”


“The Napa Valley is a wonderful place for an artist,” said Ira. “It’s relaxed and incredibly beautiful through the seasons. I can disappear for days and throw myself into my paintings, or I can head down Highway 29 to the French Laundry or the Swanson Winery salon, and be very social. I might drive over to the St Helena Olive Oil Company to buy the best olive oil in the world. I invite my best friends to a special dinner at The Napa Valley Reserve, ultra-private and elegant. There at the Reserve, everything is possible in the best of all possible worlds, as Voltaire said.”

He’s twenty minutes from the town of Calistoga, but it feels distant. Mountain lions stalk across his meadows, and deer tiptoe through the walnut orchard.

Yeager’s redwood board-and-batten studio, built like all of his follies by Calistoga contractor Richard Horwath, reaches high into the surrounding ancient oaks. Topped with a jaunty cupola, it lights up like a magic lantern on a summer afternoon.

Half a mile away, surrounded by manzanitas, stands the red barn, built from a Swedish-style barn kit and shipped west from Alabama.

“I dream up houses and iconic farm buildings and Richard turns them into sun-filled pavilions and studios,” says Yeager. “I see an image of a folly or a pavilion in a design book, and want it build it, decorate it with my antiques, have parties.” 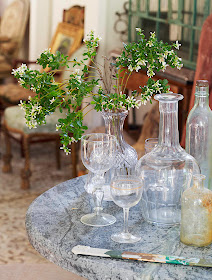 On weekends, friends from San Francisco and the Napa Valley arrive bearing bottles of wine from their estates, as well as artisan cheeses and baguettes, and gossip from the city.

Equally unstoppable, when Yeager steps out of his studio, he’s sleuthing through Petaluma antiques galleries for gilded French antique chairs and rattling around San Francisco flea markets in search of Meissen porcelains. 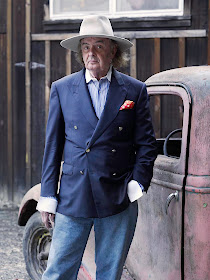 The peripatetic Yeager has painted in Morocco, Corfu, the South of France and Paris.

“I’ve been happy in studios around the world, but I’m happiest in Calistoga,” he said. “In California, I can invent, dream, create, and live a wonderful life.” 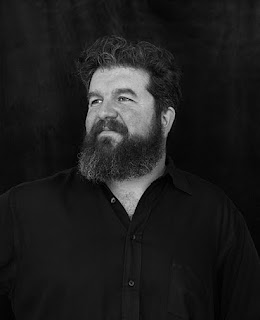 Adrian Gregorutti with both a European and South American background brings his great talent and diverse sensibilities to his work photographing wineries, architecture, interiors, historical buildings, people and art. He lives in Rutherford, in the heart of California’s Wine Country.